Indigenous Forestry Program: focusing on collaboration through the respect of culture

Canada is home to over 1.6 million Indigenous People living in hundreds of communities throughout the provinces and territories. Many of these Indigenous Communities are located in forested areas and are seeking to actively participate to the forest sector, develop economic opportunities but also provide a different perspective on how to manage and live with our forest resources.

FPInnovations has implemented a program that supports Indigenous communities in the development of forest-based economic opportunities and has established collaborations that deliver positive results for those communities. The assistance provided has been articulated in different ways, ranging from economic development plans to support programs.

Initially concentrated in British Columbia, in 2014 the Indigenous Forestry Sector Technical Support Program expanded to communities in Alberta, Saskatchewan, and the Maritimes. The program has recently received funding from the province of Manitoba to support local Indigenous companies in the forest sector supply chain, and to analyze new economic development opportunities in forestry for Indigenous entrepreneurs.

One Nation that saw significant benefits to their community is the Lhoosk’uz Dené Nation. Located in central British Columbia, with their main territory stretching to the west of Quesnel along the Black Water River, the community is not connected to the power or natural gas grid and relies on diesel and propane supplies being brought in along the 2-hour drive on forest services road.

In recent years, the area surrounding the community has been heavily affected by the mountain pine beetle outbreak and consequently experienced intense wildfires. Apart from the immense devastation of the immediate area around the community, these disturbances caused severe consequences for traditional land use such as hunting and trapping, berry picking, and medicine.

“We will be creating a green power supply, while removing the biomass fire hazard surrounding the community.“

An unexpected source of energy

Protecting the community from future wildfires while re-establishing the land base became the key focus for the Lhoosk’uz Dené Nation. “This is where FPInnovations was called upon to provide guidance on identifying a solution that could not only protect the community from wildfire, but also utilize biomass materials around the Kluskus,” says Christoph Schilling, lead of FPInnovations’ Indigenous Program. FPInnovations suggested to go one step further and make use of the biomass to provide sustainable heat and power to the community.

In initial discussions with Allan Okabe, band manager for the Lhoosk’uz Dené Nation, it became clear to FPInnovations that the key need was to reduce the amount of biomass around the community to mitigate the fire risk. FPInnovations suggested focusing on the immediate area around Kluskus, taking advantage of FireSmartTM operations—a program aimed at reducing the risk that wildfires pose to populated areas—to fuel a potential combined heat and power unit. A feasibility study revealed that the approach was a good fit for the small community and the idea was received positively by the Lhoosk’uz Dené Nation.

Thinning work to reduce the level of fire risk was already underway, yielding the equivalent of 10 hectares (about 2,000 cubic metres) of dead standing trees which could be used to fuel the unit. Harvested trees already showed great potential to be processed into chips or fuel for the cogeneration system.

With clear marching orders in hand, researchers from FPInnovations identified a suitable CHP system. Made in Finland, the mobile ‘Volter’ unit, installed in a 40’ shipping container, allows for the generation of heat and energy by converting forest biomass into a wood gas, and then transforming it into 110kW of heat and 40kW of power. Stringent tests, predominantly on feedstock quality, were carried at FPInnovations in Vancouver. The trial period also allowed for a training session, provided by Volter, to 10 members of the Lhoosk’uz Dené Nation.

“Our territory has been heavily impacted by mountain pine beetle and several large wildfires. The combined heat and power generator provides us with a viable option for alternative energy,“ stated Chief Liliane Squinas. “We will be transitioning from diesel generators to utilizing local biomass fuels. In addition to utilizing local biomass, we will also be able to implement our traditional knowledge and stewardship practices on the Lhoosk’uz Dené Nation territory.“

“The Lhoosk’uz Dené (Kluskus) Nation has been engaged with FPInnovations since we were introduced to the Combined Heat and Power (CHP) technology in 2018. We will be creating a green power supply, while removing the biomass fire hazard surrounding the community.”

Positive outcomes for the community and the environment

For the Lhoosk’uz Dené Nation of Kluskus, the installation of a CHP system in their community is expected to yield very positive results. Upon installation, the unit will displace close to 100,000 litres of diesel per year, significantly reducing the community’s reliance on fossil fuels. From an environmental perspective, the system will also remove the equivalent of 300 tonnes of GHG emissions annually, the equivalent of removing 65 cars from the road each year.

The system will create two full-time jobs to operate the unit and 5 to 10 additional jobs in the feedstock supply chain. The business model also significantly changed the economics of the community: while, historically, the community has had to purchase diesel for the operation of the generators, this money will now remain within and benefit the community directly.

The Lhoosk’uz Dené community also plans to produce biomass from harvested trees, an activity that could represent an additional source of income, as well as use the heat from the CHP to achieve food security and for silviculture projects. But above all, these measures will help protect the community, and restore the natural forest environment.

FPInnovations and the Lhoosk’uz Dené Nation would like to thank the Renewable Energy for Remote Communities Program (delivered by the Fraser Basin Council under the CleanBC Plan) and Natural Resource Canada’s Clean Energy for Rural and Remote Communities, Bioheat Stream Program for funding to move this project toward implementation.

A unique approach adapting to each project 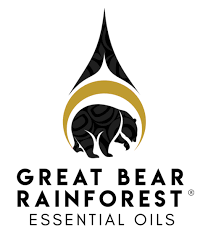 Indigenous forestry program is primarily a support tool designed to adapt to the actual needs of communities, rather than a one-dimensional approach. For example, over the past few years, the organization has accompanied member communities of the Great Bear Rainforest through the various development stages of their Great Bear Rainforest Essential Oils company. FPInnovations has been involved in the project since its early stages to help the company develop a solid business plan, determine costs, target appropriate markets, promote the products, and pursue the expansion of the business.

Thanks to the continuous funding support from many partners, including British Columbia’s Ministry of Forests, Lands, Natural Resource Operations and Rural Development, the Innovation, Bioeconomy and Indigenous Opportunities Branch and Western Economic Diversification Canada, the program pursues its objectives of developing and implementing customized and scalable economic development opportunities, while providing innovation and creating employment opportunities for Indigenous Communities. ‘’The results, and especially the partnerships, are extremely positive, and we look forward to many more collaborations with Indigenous Communities throughout Canada,’’ concluded Schilling.